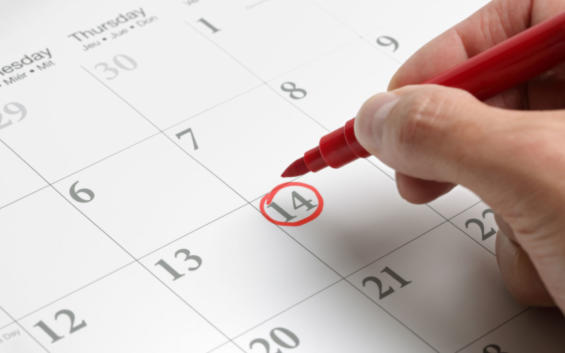 Just because you feel fine after a car accident does not always mean were not injured. Some injuries surface immediately after an accident. Others show up later.

Late appearing injuries are not uncommon after an accident. However, many people are unaware of them and how they affect their insurance claims and settlement amounts.

In this article, we’ll discuss…

A late appearing injury is basically any injury that doesn’t show any immediate and visible symptoms after an accident. These types of injuries typically start manifesting themselves after a few days, weeks, or months.

Because of this lag between time of the accident and the appearance of injuries, it’s critical that you be on the lookout for how your body is responding.

What Are Some Examples of Late Car Accident Injuries?

Soft tissue injuries tend to be the most common late injuries after a car accident.

Whiplash is a prime example of a late appearing injury. The force of an impact has caused injury but there’s a good chance you won’t feel its full effects for a couple days.

Although whiplash generally refers to neck pain, it can also affect your back and other body parts.

Some common symptoms of whiplash are [3].

Headaches after a car accident can be a byproduct of whiplash or occur on their own in the absence of other symptoms. They often come hand in hand with a concussion and understanding their causes can be a complicated task even for a medical professional.

Concussions are traumatic head injuries that are caused by the jarring of your brain and they can sometimes fall into the late injury category.

Concussions are often overlooked after an accident because it can be hard to get an objective assessment of your behavior before and after the accident. Family and friends don’t start noticing the changes until weeks later.

Common symptoms of concussion are [4]:

A few other late injuries that can easily show up after the accident are:

Due to its psychological nature, PTSD, in particular, can be hard to spot after an accident.

Why Do Some Injuries Show Up Later?

Your body’s system is designed to help you function despite an injury in the heat of a crisis. This can be a lifesaving mechanism but it can also lead to false initial assessments of injury.

When an accident occurs, our bodies blast into overdrive pumping adrenaline and pain masking endorphins into our system [1]. These chemicals are designed to temporarily dull your pain and suffering and keep you going.

If injuries occur it can be easy for them to go unnoticed due to our shocked state. It’s often not until the next day that symptoms can truly set in.

In the case of bruising and soft tissue injuries, things can take time to manifest because microtrauma to the muscle fiber generally needs 24-48 hours to reach full effect [2]. This is the same dynamic as going extra hard at the gym and being the most sore 2 days later.

The body can be a delicate instrument and whether or not getting rear-ended leads to back pain a few weeks down the line is hard to predict. Delayed injuries can be tricky and can arouse false suspicion from the insurance companies who are trying to evaluate the value of your injury claim.

So be sure to pay attention to your body and seek medical attention immediately after an accident.

3 Simple Ways to be Compensated for Late Car Accident Injuries

There are three basic steps to ensuring your rights are protected when it comes to late appearing injuries. These are:

Besides the obvious health benefits, seeking immediate medical help makes your accident claim stronger and increases your chances of getting a higher settlement amount.

Once you sign that release of liability form, your injury claim is closed and you’e waived your legal right to seek any more financial compensation.

Don’t rush into anything. Take your time to fully understand the scope of any injuries you suffer before proceeding.

How Do Late Car Accident Injuries Affect your Injury Claim

Delayed injuries can affect your claim in many ways, but the overall effect tends to be complication. Below are some potentials effects:

For example, you’re in a collision and initially seem fine. However a few months later you start having symptoms of PTSD such as insomnia and nightmares. Though not impossible, at this point it would be challenging to tie your PTSD to the accident.

It’s important to monitor your body closely to make sure that your legal rights are protected after an accident. Injuries can take some time to show up after an accident. How you handle these late injury can have significant impact on the value of your accident claim. Just remember:

From Late Car Accident Injuries to What is My Pain and Suffering Worth?

From Late Accident Injuries to Pain and Suffering Home