What Happens if You Are At Fault in a Car Accident 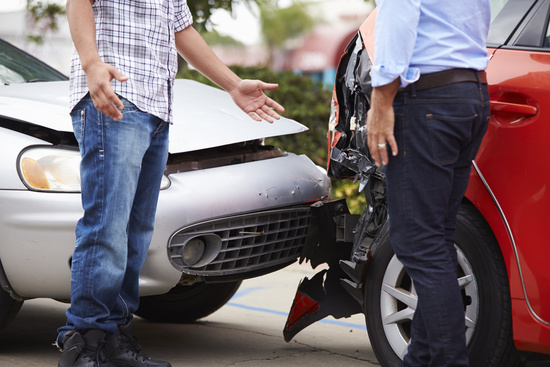 If you were at fault for a car accident, you might be unsure what exactly you should do now?

Below we’ll walk you through the details so if the need arises you will know what’s going on and how to protect yourself.

What is an at-fault accident?
What steps should you take after the collision?
How will it affect your insurance premiums?

What is an At Fault Accident?

Figuring out who is responsible for a collision is as simple as determining the extent to which each driver is responsible. This process is done based on the laws of the state where the incident occurred.

Each state’s rules vary, but generally, they can be divided into two main categories of how they deal with fault in automobile accidents. Most states are “fault” states, but a few are considered “no-fault”.

–Fault states – The majority of states are fault states. This means they have a tort liability system when it comes to auto insurance. In these states the driver who caused an collision, or his insurance company, is responsible for all damages relating to the incident.

–No-fault states – In no-fault states, drivers do not have to think about proving someone else caused an accident and typically will have their own insurance company cover damages.

To summarize, an at-fault accident is one where you shoulder the responsibility for the collision; and in terms of insurance, the downstream effect of one depends on the state you’re in.
(Read more about Accident Claims in No Fault States)

What Steps Should You Take After ?

If you’ve been in a collisions that was primarily your fault, there are some things you’ll want to keep in mind at the scene of the crash. Most critically, you want to make sure your car is not blocking traffic and that no one is injured. After that, keep things diplomatic:

–Don’t admit blame or even hint at it.

–Don’t rehash or discuss what caused the incident.

–Don’t be apologetic, this goes against the grain of most people’s conscience but it can be used against you as an admission of blame later.

–Don’t be confrontational, be as calm as you can, make sure people are okay and exchange insurance information. There is no need to compound a bad situation with anger.

Some other things you’ll want to do are:

Do your best to document things, be honest, polite and calm — and you’ll be amazed how much more smoothly things can go.
(Read Critical Things You Should do at Car Collision Scene)

How Will it Affect Your Car Insurance Premiums?

One of the first thoughts most people have after getting into an accident is how much is this going to cost me? It’s hard to say exactly what will happen to your premiums.

Most insurance companies, when asked, give some vague sounding answer to this question. The reason for this is because it varies a lot based on the company, the person, and the circumstance.

That said, according to Insure.com [2]

many insurance companies follow the Insurance Services Office’s (ISO) standard of increasing a premium by 20 to 40 percent of the insurer’s base rate (which is the average rate charged plus the insurance company’s claims-processing fee).

This increase (sometimes referred to as a “surcharge”) can vary wildly. Some companies will give you a free pass if you’ve got a good record and this is your first incident.

Some will charge a 10% increase for the first offense. If you have multiple claims you can assume that your rates will go up substantially (sometimes as high as 50%).

Premium increases are based on complicated actuarial science and company policy — so for these reasons (and the ones mentioned above), a more precise answer is simply not possible.

Car accidents are a significant problem in the United states. According to the National Highway Traffic Safety Administration, in 2015 the number of auto collisions was approximately 5.25 million ! [3].

If you ever find yourself in the unfortunate position of being at fault for an accident remember these basic things:

If you disagree with your insurance company about some aspect of the claim or are confused you can always seek the free consultation with an attorney as well.

From At Fault Accident to After the Accident Home

From At Fault Accident to Personal Injury Settlements Home