Should You Hire a Traffic Ticket Lawyer for a Speeding? 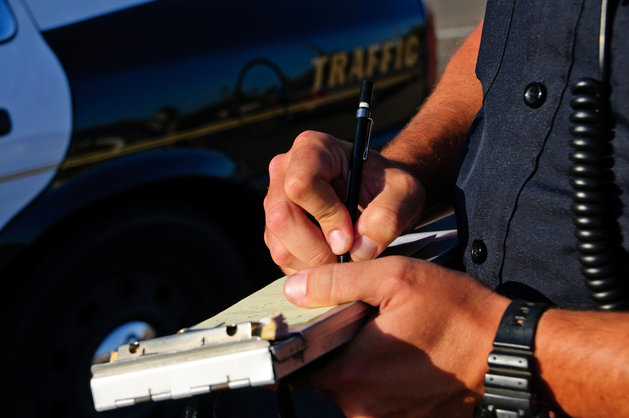 Should you hire a traffic ticket lawyer? Most people will get a ticket at some point in their lives — whether it’s for speeding or forgetting to signal or something as minor as having a taillight out. The truth is, sometimes lawyers can make a difference, but sometimes they are an unneeded cost.

The implications of contesting a ticket might seem unimportant, however, keeping points off your license and your insurance premiums low can be a big deal in the long run. In the following article, we’ll discuss…

The Consequences of Moving Violations and Tickets
The What Can a Traffic Ticket Lawyer Do for You?
The Attorney Costs Vs. Ticket Costs

The Consequences of Moving Violations and Tickets

If you’ve been ticketed you may think the simplest thing to do is pay the fine and move on. In some cases, this may be true, but don’t underestimate the potentially negative consequences.

Let’s use New York as an example.

In New York drivers are subject to a point system where the DMV adds points for various infractions. For speeding 5 MPH over the limit you may receive 3 points, for 10 MPH over you could get 4 points, and for 40 MPH and above (reckless driving) you’ll get tagged with 8 points. If your point total equals 11 over the state DMV may revoke or suspend your license [1].

In other words, the consequences might be more serious than you think. Accidental violations such as forgetting to yield to an emergency vehicle or speeding in a school zone can tack on even more points. These tickets can also make your insurance premiums skyrocket.

What Can a Traffic Ticket Lawyer Do for You?

A traffic lawyer is an attorney who specializes in the legal area surrounding traffic violations. Their aim is to poke holes in the case brought against their clients and reduce or eliminate penalties. This is a growing area in legal practice, and you’ll find specialized offices in most big US cities — the Ticket Clinic (Miami) and Traffic Lawyer (New York), for example.

Common things a traffic attorney can do:

Reduce a ticket penalty — lawyers well versed in the traffic code and laws surrounding traffic stops may be able to find grounds to reduce or completely negate a traffic fine. This has the immediate effect of saving you money, but it can also keep points off your license which, as mentioned above, can have other implications as well.

Negotiate for an alternative punishment — one of the most common tactics used by traffic attorneys is to argue for some type of alternative discipline. By attending driver education courses you may be able to avoid a fine and dodge points being added on your license. These courses may help keep your insurance rates low as well.

Getting a ticket dismissed — In the best case scenario, your lawyer may get the ticket wiped off your record. But this is tricky, and generally only happens in one of the following instances:

If your offenses are more serious (such as DUI or reckless driving) an attorney can work to lessen your penalties — and, if you’re a repeat offender, help avoid jail time.

If you’ve been ticketed (especially if you think it’s unjustified) it can be very tempting to view an attorney as the solution to all your problems. But you need to make a careful calculation if attorney fees are going to be worth the possibility of avoiding your penalties.

This calculation should include the following factors:

Lawyers for speeding tickets typically don’t come cheap, so it’s best to reserve them for offenses that might cause you to lose your license or face jail time.

Costs can run anywhere between $100 and $1,000 — with an estimated average around $155. Attorneys will often charge a flat rate for traffic tickets or waive their fees if they are unable to win your case. The cost is based on the complexity and time requirement for them.

If you cannot afford a private attorney and are facing serious violations you may be given a public defender by the court. Public defenders do not defend minor traffic infractions, they are used only if a misdemeanor charge or potential jail time are on the table.

Traffic attorneys know the law inside and out, the know the technicalities and they understand the machinery of your local municipal court. They are worth paying for in some cases, but not in others. Use your best judgment when making this decision and don’t forget the key points.

From Should You Hire a Traffic Ticket Lawyer for a Speeding Ticket? to Car Insurance Guide
From Traffic ticket lawyer to Pain and Suffering Home