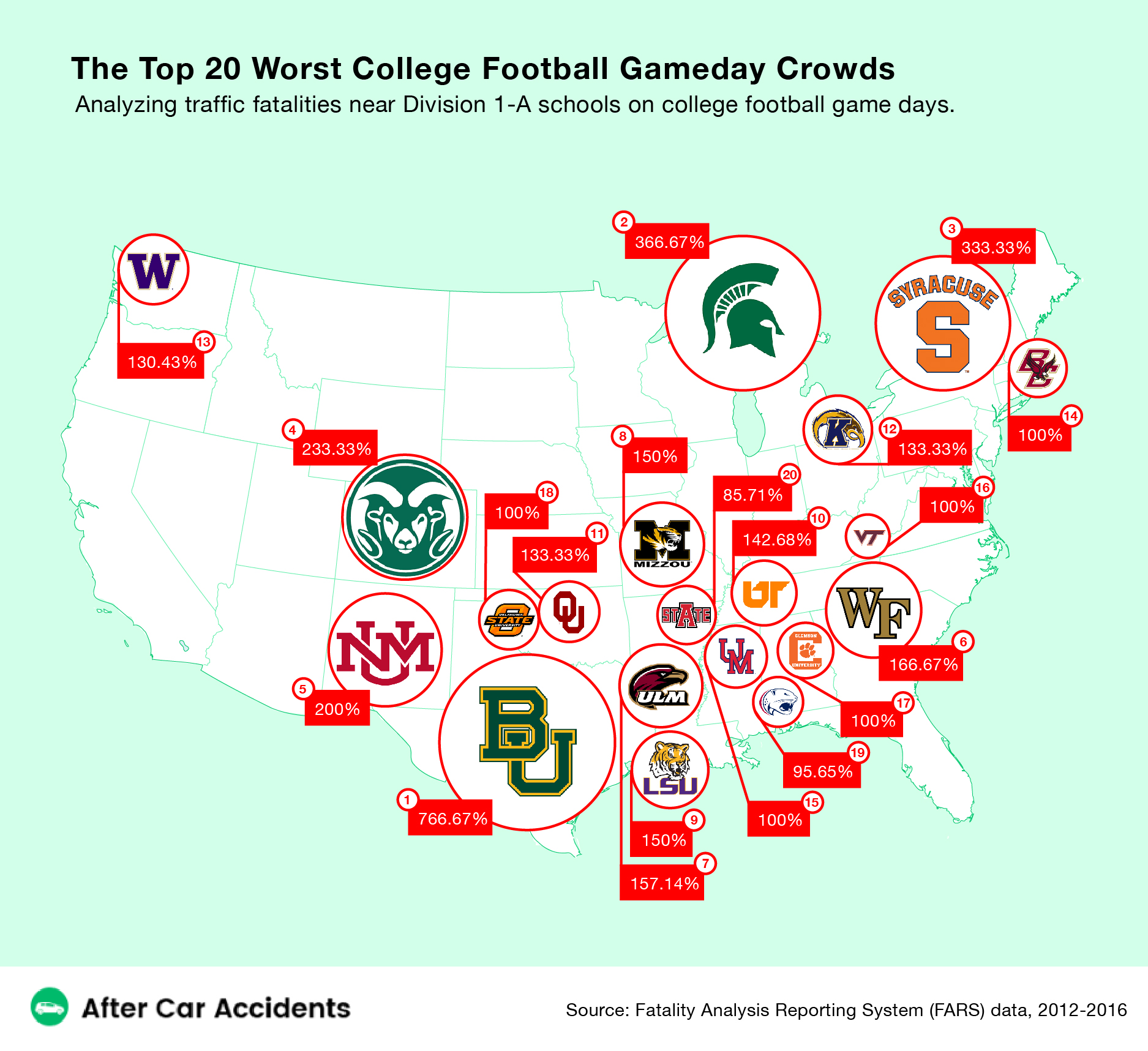 College football season is upon us.

And everyone knows that along with football season comes tailgates, drinking, and fun.

Unfortunately, the festivities of college football can also present some dangers. Most notably, drinking and driving–heavy traffic and alcohol can be a bad combination that leads to more accidents.

Without putting too much of a damper on the kickoff of football season, we wanted to look at what effects college football games may have on traffic and safety.

We conducted an analysis of college football game day drivers to see which fans may be partying a bit too hard–and to measure the consequences.

Our team studied incidences of traffic fatalities on days with home football games in the counties of every Division 1-A college football team.

Then we compared those to the average number of traffic fatalities in the same county on Saturdays in the spring, without football games.

The results may be a bit sobering. 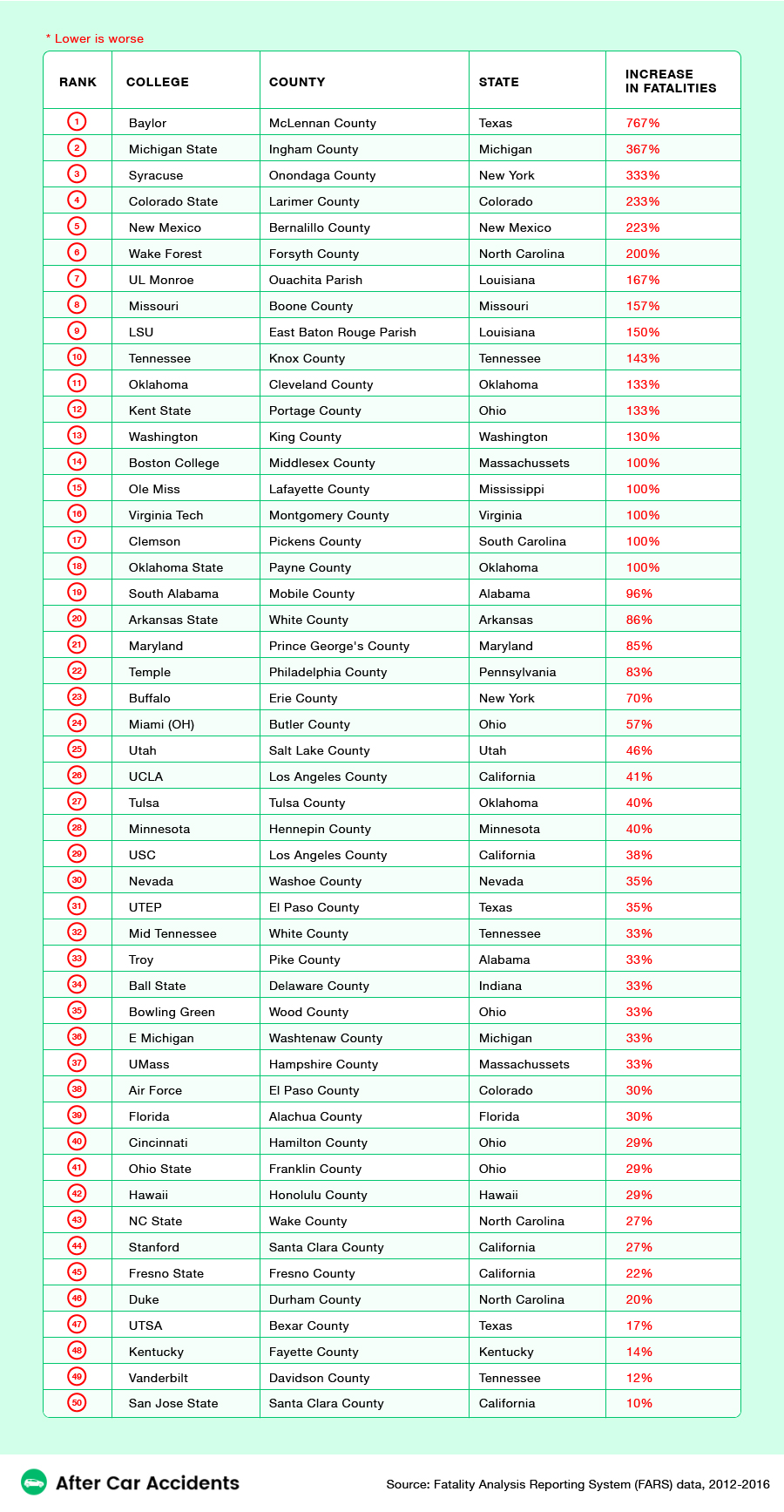 Of course, not all schools showed these same results.

Some colleges showed no correlation between traffic fatalities and Saturday home games, and some schools even had a negative correlation.

Even so, the overall trend does seem to be a bit startling as college games are known to draw big crowds and fans are often known for partying and heavy drinking.

Remember: While having fun, it’s important to still practice safe and responsible driving.

Of course, there is a lot more nuance to the analysis to make sure our results are statistically significant, which we’ll explain below.

The first step in our analysis was to get fatal crash data, which is publicly available from the Fatality Analysis Reporting System ( FARS ) that is maintained by the NHTSA. The system has a record of every traffic fatality over the past few decades, including the exact position (latitude and longitude) and day.

For every college team, we measured the number of traffic deaths that have occured on home game days, within the county of that particular college.

Since college football teams don’t all play the same number of home games, we made sure to base our calculations on the deaths per gameday, not the total number of deaths. We also normalized our data to account for the range of death rates.

The next step was to get a control of how often a death happens on a typical Saturday when college is in session. To do that, we measured the traffic fatality rate for five Saturdays in each of the years from 2012 to 2016. We chose five spring Saturdays as school is in session in Spring, but there aren’t any home or away football games happening.

Finally, we measured the percentage of the change that happened from the control Saturday death rate to the gameday traffic death rate. From there, we ranked the schools by that percentage change.

This calculation shows which colleges had the highest average increase in fatalities on home football game days versus a “normal” Saturday without the game happening.

The analysis suggests that college home games can increase the risk of traffic accidents and even deaths. Like any major event that draws in a lot of people, there is likely to be more traffic than usual. Add to that the presence of alcohol and all-day drinking, and it’s clear that football fans should exercise caution when attending football games.