T-Bone Accident : What is it and Who is at Fault? 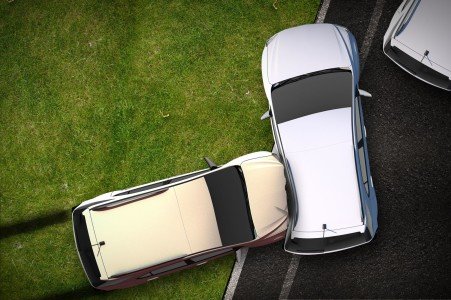 A T-bone accident, also known as a side impact collision (or broadside crash) involves a car being hit on its side by the front end of another vehicle. The name stems from the fact that in this type of collision the two vehicles are said to form the letter ‘T’ following the incident.

What are the Facts About T-bone Accidents and Injuries?

About 8,000 people are killed annually in the United States in T-bone collisions,according to the National Transportation Highway Safety Administration. In addition, tens of thousands of people are injured as a result of these types of accidents. Oftentimes, individuals hit in a T-bone collision endure severe injuries.

The reality is that there are many incidents of side collisions that result in car accident victims suffering permanent disabilities. Even in the absence of an accident resulting in permanent injury, individuals may suffer bone fractures, lacerations, internal injuries, and an array of other types of serious injuries.

How do You Establish Fault in a T-bone Accident?

A breach of a duty is a failure to exercise reasonable care while operating a car. For example, not observing a traffic sign or signal while driving on a roadway.

When it comes to proximate cause, if a driver ignores a stop sign, T-bones another automobile, causing the driver of that other vehicle serious injuries, proximate cause will be said to exist. In other words, the other driver’s injuries were the direct result of the negligent driver’s failure to obey a stop sign, resulting in a broadside collision that caused physical injuries to the individual in the broadsided vehicle.

A driver running through a red light, who broadsides a motorist who appropriately has the right-of-way, would likely be deemed negligent and responsible for injures sustained because of the accident. If a car is not properly in an intersection, for one reason or another, and ends up being broadsided, this driver is likely to be deemed primarily at fault for the accident.

What types of Compensation is Available in a T-bone Accident Case?

The types of compensation an injured person receives from a negligent driver in a T-bone collision depends largely on the facts and circumstances of each case. With that understood, examples of compensation includes payments for losses like medical expenses, pain and suffering, permanent disability, lost wages, and emotional distress.

Read How to Calculate Your Personal Injury Settlements

In most cases, an injured person is able obtain compensation not only for current losses, but also those loses reasonably expected to be incurred into the future.

A couple of months ago I got into a side impact collision in New York. 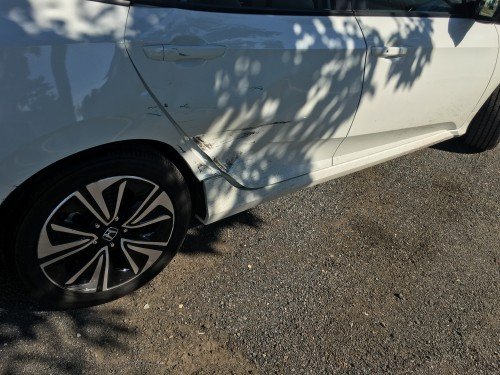 I was crossing an intersection when a van hit the right side of vehicle impacting at the rear passenger door. Fortunately the other driver was able to brake and the collision was not severe. Neither he nor I suffered any injuries.

I went through my geico claims insurance and reported the incident. The police came and wrote down a car accident report .

After a couple of weeks the car insurance claim adjuster contacted me and told me I was being assigned 75% fault for the accident. This was due to the fact that I was crossing the lane of the other driver at the intersection (which had a stop sign) and he was continuing in his lane. They had the right of way and so it was primarily my fault for the t-bone accident.

Since there weren’t any injuries the process was fairly smooth. If however, I or the other driver was injured the accident claims process would have been MUCH more complex. There would be medical reports, doctor visits, speaking with a injury lawyer etc.

Add to the fact that New York is a no fault state there would been a whole different set of rules to follow to receive any personal injury compensation.

If you did suffer injuries because of a T-bone accident caused by someone else’s negligence, there are specific steps you need to take to retain an attorney and protect your interests.

1. Gather all documentation associated with the accident.
2. Schedule free consultation with personal injury lawyer.
3. Prepare list of questions to ask the attorney.
4. Determine specifics of fee arrangement with attorney.

As a general rule, a personal injury attorney does not charge a few for an initial consultation with a prospective client.